I’ve spent a lot of time with my own Y and it’s amazing how foreign another Y result can seem when you’re used to staring down your own pattern. So I decided to get a handle on what the 23 and me Haplogroup results for my U152 Thompsons might mean. So I begin..sort of at the beginning of my own DNA search when I found out I was U106.

U152 also called S28 has a slightly different frequency map than I’m used t looking at: 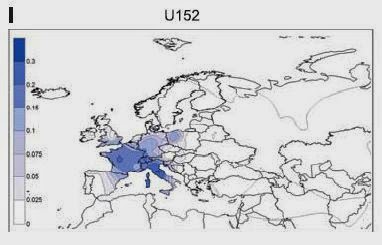 Here is another one. I’m unsure what the stars represent: 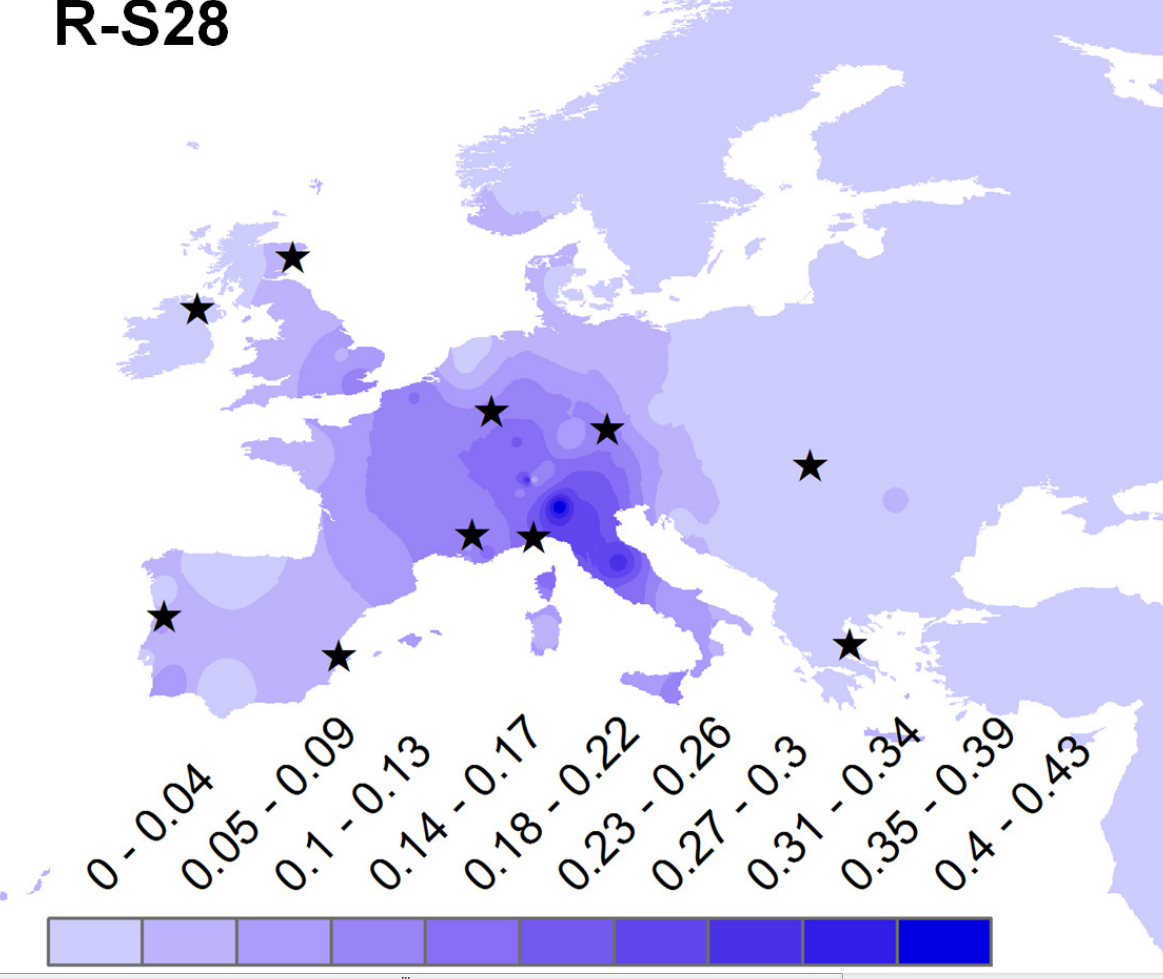 In the discussion groups for this haplogroup, I saw lots of references to the Celts..which is pretty common in this part of europe. Italy and the Alps seem to be a hot spot. There is quite a bit of U152 in the Isles and I was heartened to see a Scottish cluster for a child haplogroup Z36. Not that that is where my Thompsons fit, but it was heartening to see.

I have more information than just U152 to work with. I know that my Thompsons are not L2 under U152. L2 seems to be the major branch of this haplogroup. The other main branches from U152 appear to be Z36 and Z56. So those would be my next SNP tests for these Thompsons.

Their Y pattern is just too generic to get a handle on. In their case, I’m always going to need to go back to the Thompson project because many people have not tested even to their level of SNP and they match most everyone in Europe at 12 markers. I need to test them out to 37 or 67 just to get a better resolution on the image.

The chatter I see on the internet for this group is the same sort of stuff I see associated with U106 in the Isles, although with less emphasis on the Anglo Saxons and more on the Celts and Norman/French. Ironically there was some talk of the Danes because of a penchant for S28 in western Denmark.

I will have to see where the results take me. I’m tempted to further test their SNPs because that is ironically cheaper than upgrading their STRs. I would probably get the most information on matching Thompsons from those STRs though so they are important.

Overall this is a hopeful new start with fresh possibilities.

The autosomal results I have for them won’t make much sense until I have another test to compare to from the same family. So that will be my next step on that side of things.

Update 1/12/2016:  I actually followed up on the Y results as the quickest way to a Thompson match.