I was tooling around the FTDNA site checking on my DF95 results and happened into the “maps” area. Since I’m always excited about map speculation, I checked it out. It’s very basic. Since I’m in R1b it has that group highlighted with a nice line going to the  general vicinity of France. What was interesting was the placement of Haplogroup I.

Pardons for the small image but this is what they have there (undoubtedly old): 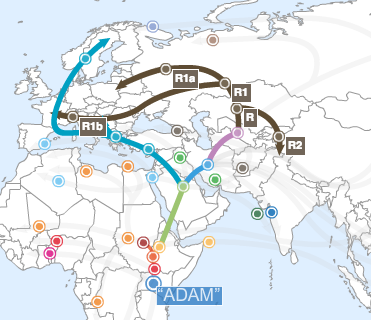 What I found so interesting about this particular map was the arc that I takes and that it seems broadly similar to the path of Z18 and many of it’s subgroups. Is it possible that our Z18/Z14 only group in the last post was caught up in the current of I as it intersected and headed north? Maybe better put, is it possible that the circumstances that led I to go north on that path, also led Z18/Z14 to do the same?

I don’t really know enough about I and it’s movements or timeframes. It would be interesting to see if they coincide in some way or if this map is just so old that it’s not a relevant picture of a migration pattern.

For interest, here is a gradient map of haplogroup I M253 from the Wikipedia: 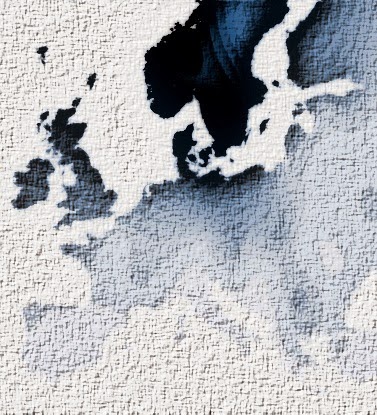