Quite a long time ago now, I ordered Levi Thompson’s pension records. Not the full pension, but a partial pension. It was listed as the pension most appropriate for genealogists. I think it’s an awesome thing, but I was disappointed in how little information on family it really gave. For instance, not even his wife is listed in the pension. The example documents you see when you order show marriage records and other things, but Levi had none of those…at least not in the information I was sent. At some point I will need to order his full pension.

I figured I should include some images of the pension information I DO have though for posterity. 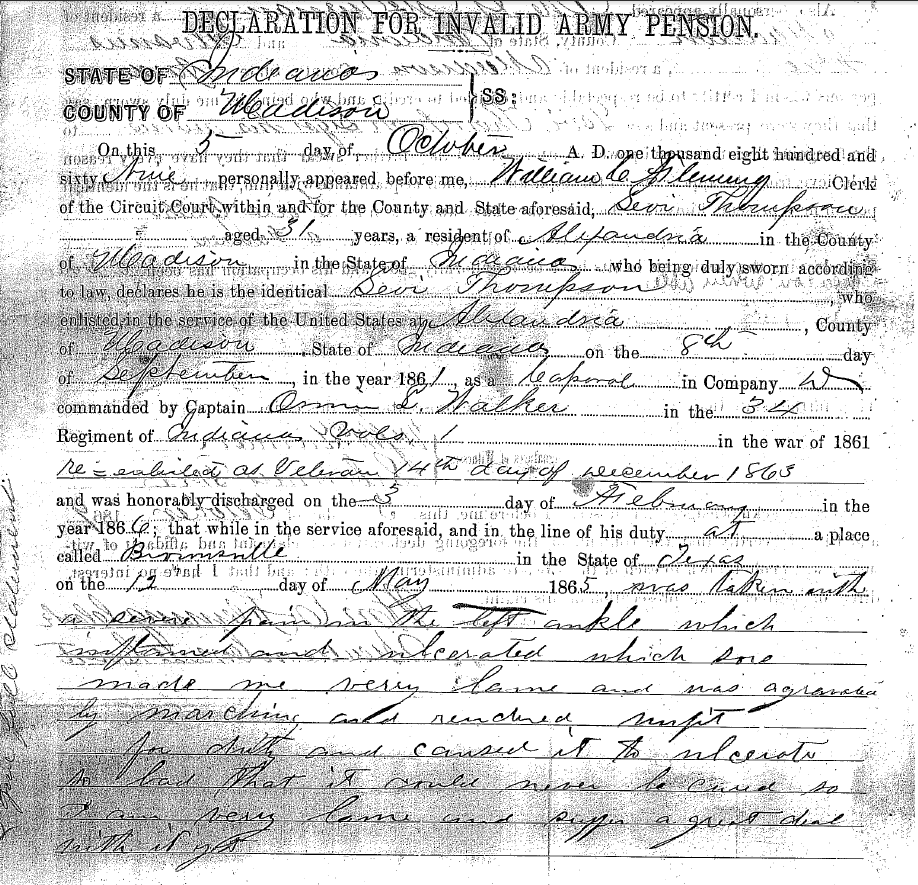 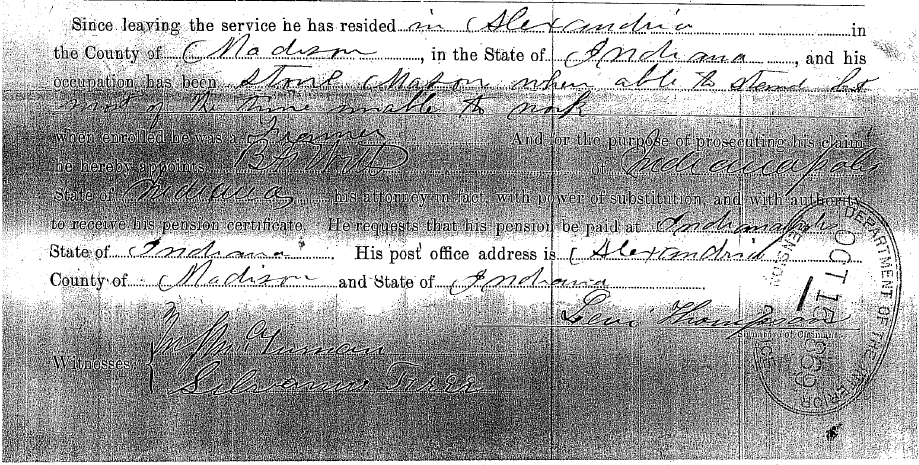 Above is a lot of interesting information, including some information that, if correct, would mean I’ve been off about his age. If this is 1869 when he’s petitioning, and he is 31 then he was born around 1838, not 1834 as I’ve got listed and as I’ve seen in the census. It would be more in line with his discharge information which said he was 27 when he mustered out in 1866.
It also contains his own statement about his disability and I think it was written in his own hand, which makes this really cool. Considering that Henry Williamson (my other third great from this family) was illiterate. That makes me think that Levi’s life was quite different from Henry’s.
I believe the statement is “was taken with a sever pain in my left ankle which inflamed and ulcerated which sore made me very lame and was aggravated by marching and rendered unfit for duty and caused it to ulcerate so bad that it could never be cured so I am very lame and suffer a great deal with it yet.” 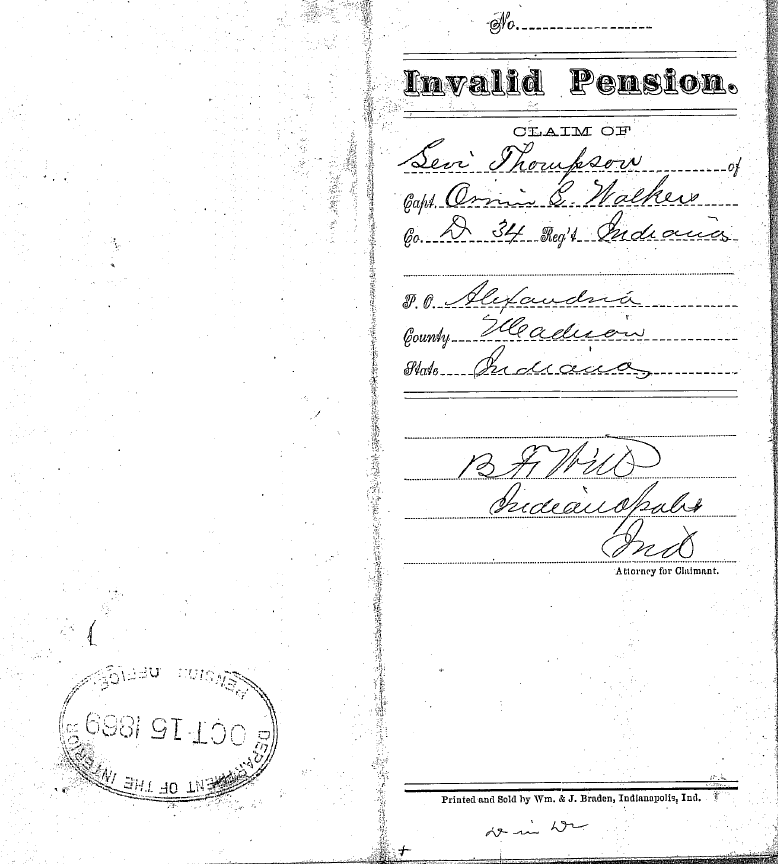 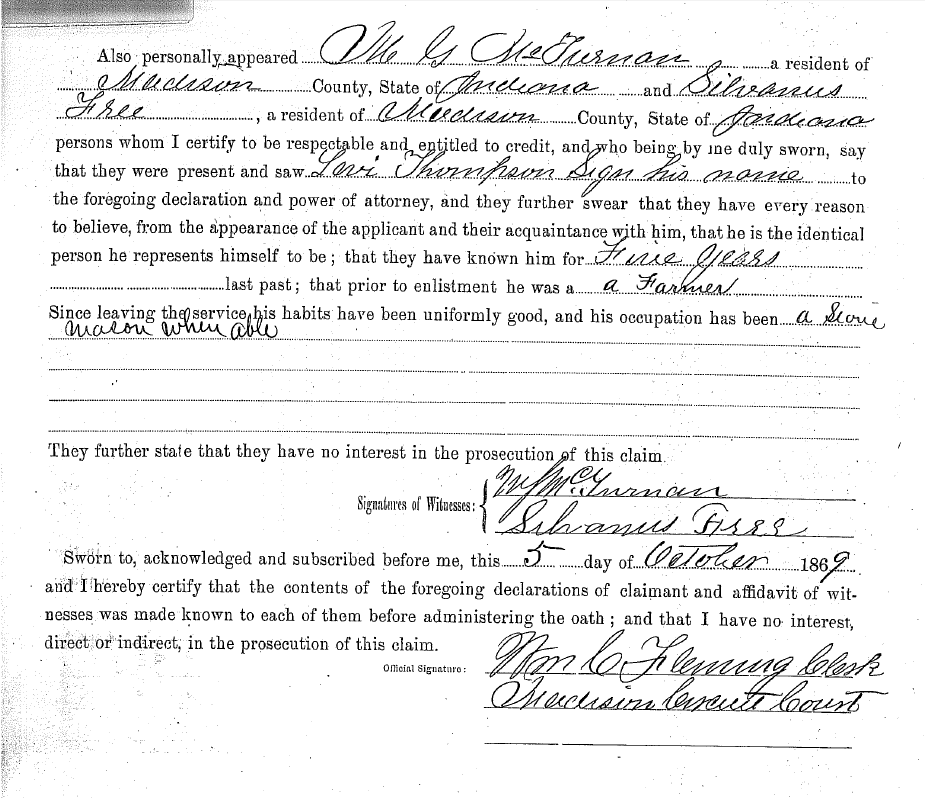 Statements of witnesses. I think one is named McTiernan and the other is Sylvanus Free. Sylvanus I have tracked a little. I’m not sure about McTiernan. This verifies Levi’s occupation in the 1870 census which is Tombstone manufacturer..a stone mason. 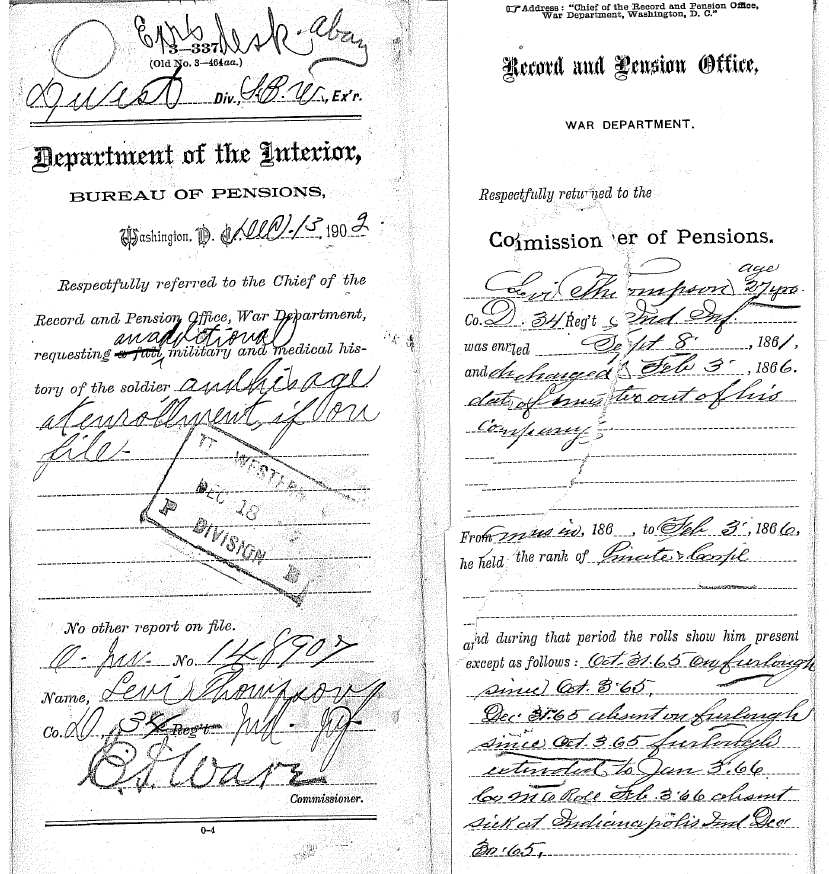 A request for more information on Levi (get in line!) and some more documentation of his absence at muster out. He was sick with diarrhea. I imagine caused by a massive infection in his leg. 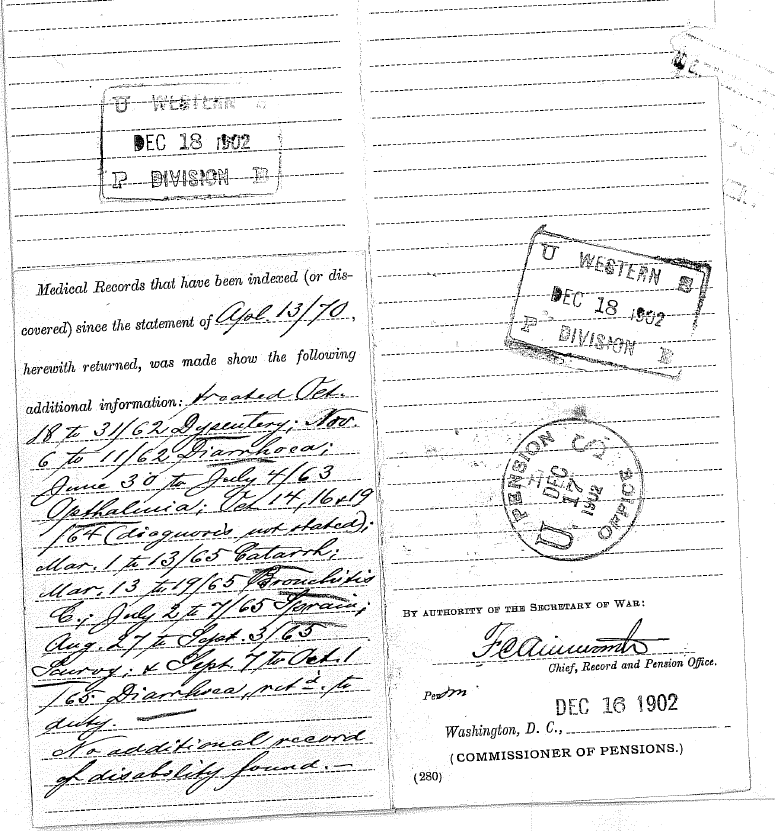 This page, I think, is the end of the road for Levi’s pension in 1902. They didn’t have any more information on Levi other than he was sick at muster out. No further indication of a disability case closed. I have no 1880 census for Levi. I have an 1890 Veteran’s Roll in Hopewell Ohio saying he lives in Celina Ohio and has a disability of “Stiff Leg”. In 1906 his wife’s obituary says he disappeared “These 20 years ago” while he was a witness in a trial.
For an idea of what that march to Indianapolis was like, here is a google map if you were to drive it today. It’s over a 1,300 miles. 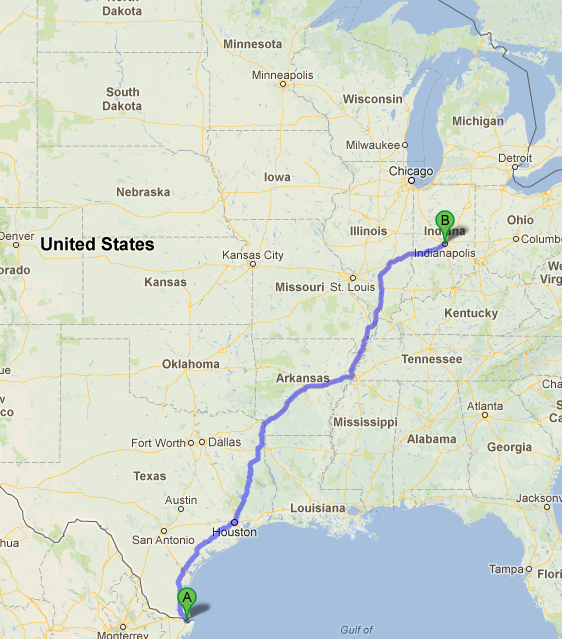