When I first found out about Butler Pennsylvania (after ordering Levi Thompsons state records from Indiana). I was really really excited. I thought I would surely find him there. Since then, I’ve been all over the place trying to locate any tie to the area that I can, and I just can’t place a Levi Thompson in Butler PA.

It occurred to me though that, even though I talk about it a lot I may not have posted the document that led me there. 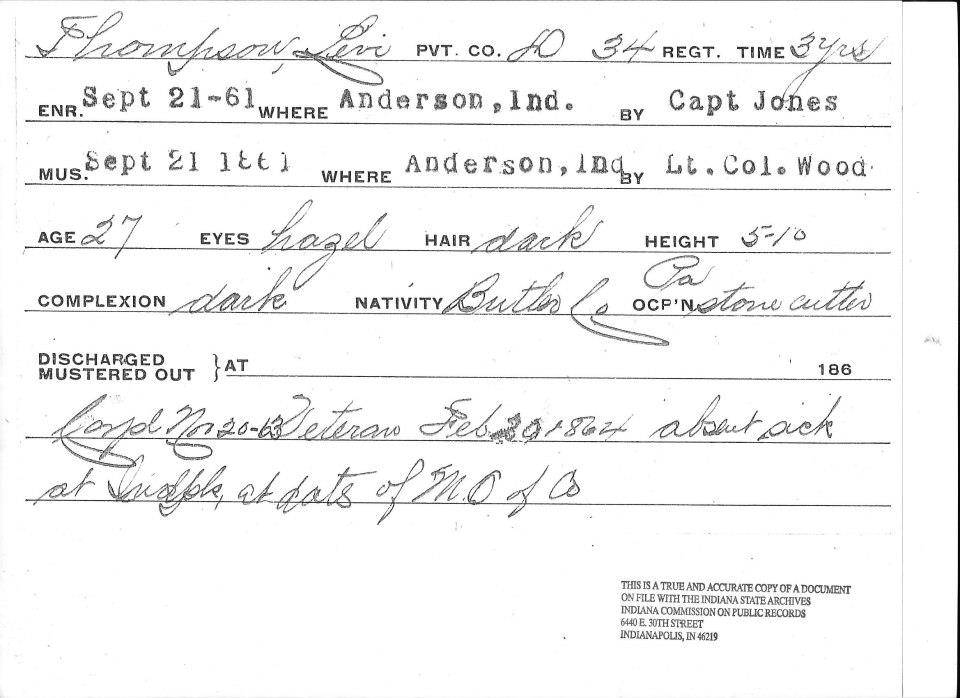 So there it is. I have one census record that also says Levi is from Pennsylvania. It’s the 1880 where he is missing, but Rosa must have told the census taker that he was born there. In 1860 and 70 I think he’s listed as Indiana. The irony of the 1860 census saying Indiana is that John B. Hollingsworth who lives near him is accurately listed as being form Pennsylvania. It’s as if, at every point, I must be thwarted.