I did a search of the Indiana State Digital Archives and found a civil war record for Levi Thompson. His civil war records have been the most effective way to track him (as in the 1890 veteran’s roll in Ohio). Unlike his other documents from the National Archives or his online indexes, this one listed some more interesting personal information. Including the thing that made me change the secondary title on this blog. 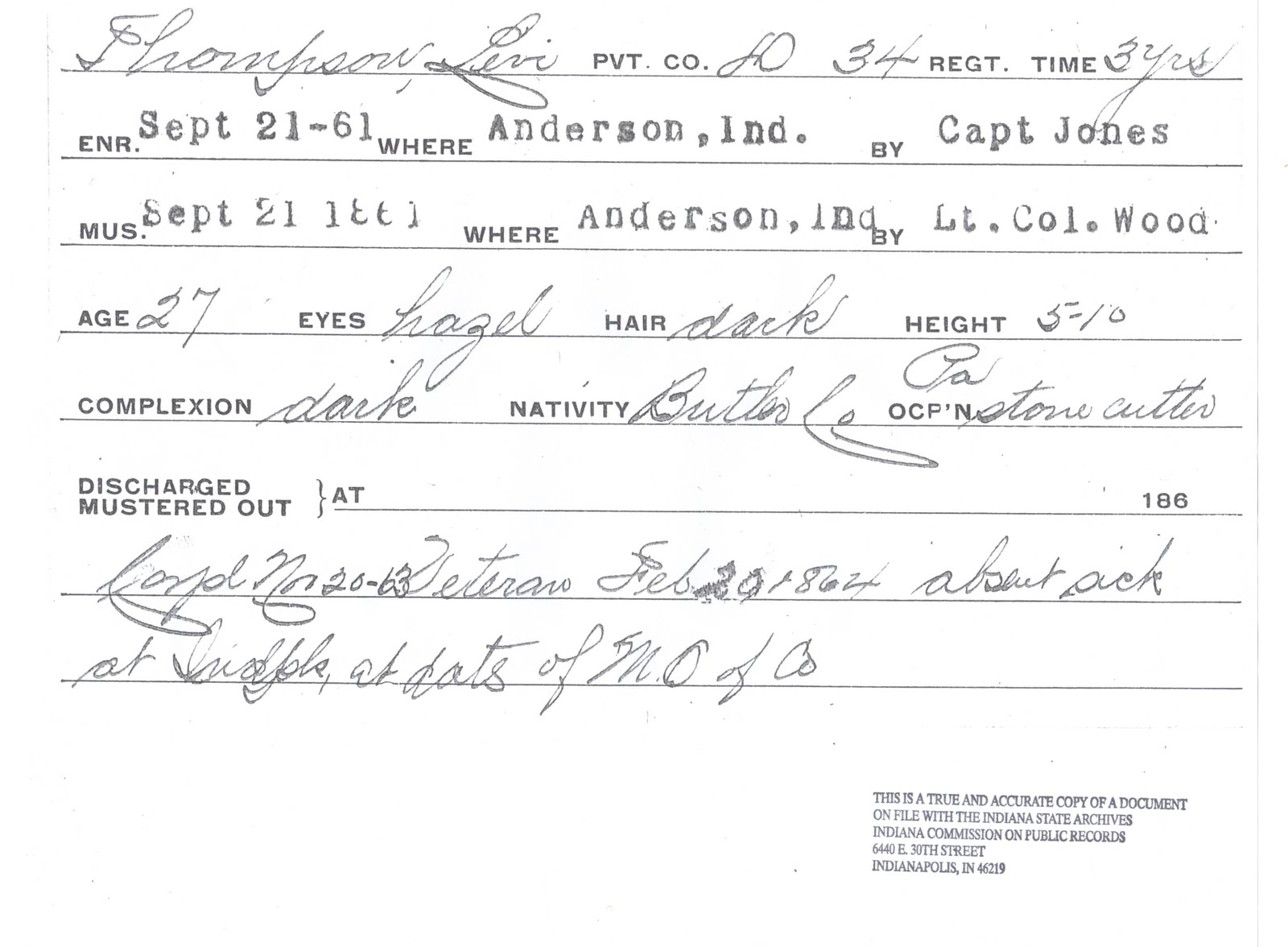 Eyes hazel; hair dark; height 5’10”; complexion dark; nativity Butler Co Pa. Not just a state or several states, but a COUNTY! So his wife was right. He’s from Pennsylvania. Having spent more than a year trying to find such a minor piece of information…well it makes the smallest victory exciting.

Finally some concrete reason why he’s not with the other Thompson families in the area and  a big bolster of support for those Pennsylvania genetic relatives.

For reasons I can’t really defend logically, finding a place for Levi has been very important to me. I have a place. He does too.