A bit of a warning here. When analyzing the genome of a person like me, it helps to realize that this is not the genetic analysis of a single person but the combination of everyone I’m related to for several hundred years. Everyone..even the ones I don’t know about.

23 and me provides some of this. My Y is R1b-U106 which we’ve discussed at length here. My MTDNA (super ancient all-mother stuff) is T2a. Wide spread in the old world but not very prolific. It appears to offer some protection against alzheimer’s but comes with a downgrade in fertility.

They also provide some broad generalizations. Like the major category of your ancestry: 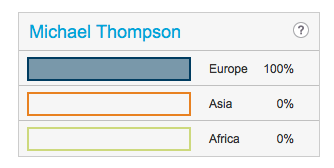 Okay so 100% Europe is not the most exciting thing. Their examples show awesomely diverse people with oranges and greens. I’ve got the gray box.
Here is 23 and me’s Global Similarity for me: 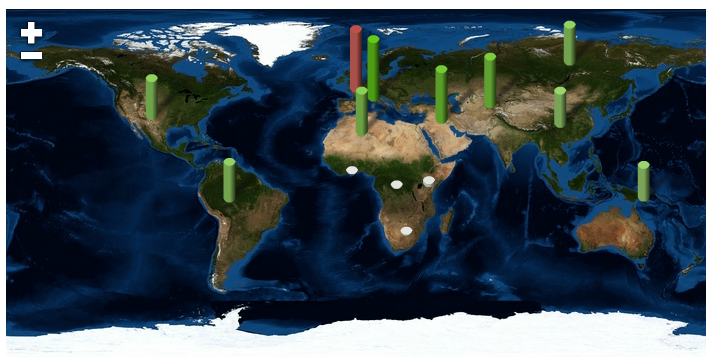 Northern European. Okay that’s probably what anyone could expect.

They also have an Ancestry finder, which is based on the responses of other people to a general ancestry survey. These results represent the people who are related to me who have all four grandparents from the same country. I made the amount of DNA necessary smaller to get the most results.

If I leave the settings at the default it’s UK, Ireland, Germany and France..which you could pretty well get from my tree.
There are people who will also run analysis of your results. I contacted Doug McDonald and he was kind enough to run an analysis of my genes. Here is what he came up with. 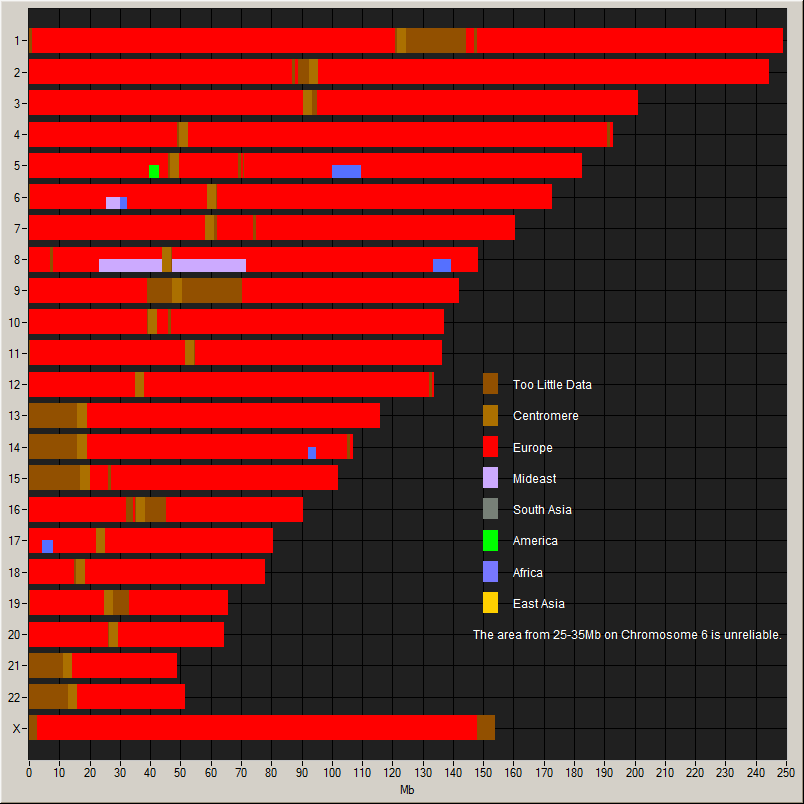 Mostly Europe a little Middle East, some Africa and a tiny splotch of America. Doug said the African is real but probably beyond the genealogical timeframe.
This next graphic is interesting. It’s a scatter plot of nations and types of people. It doesn’t represent my nationality, just my similarity to other nationalities. I am most like: 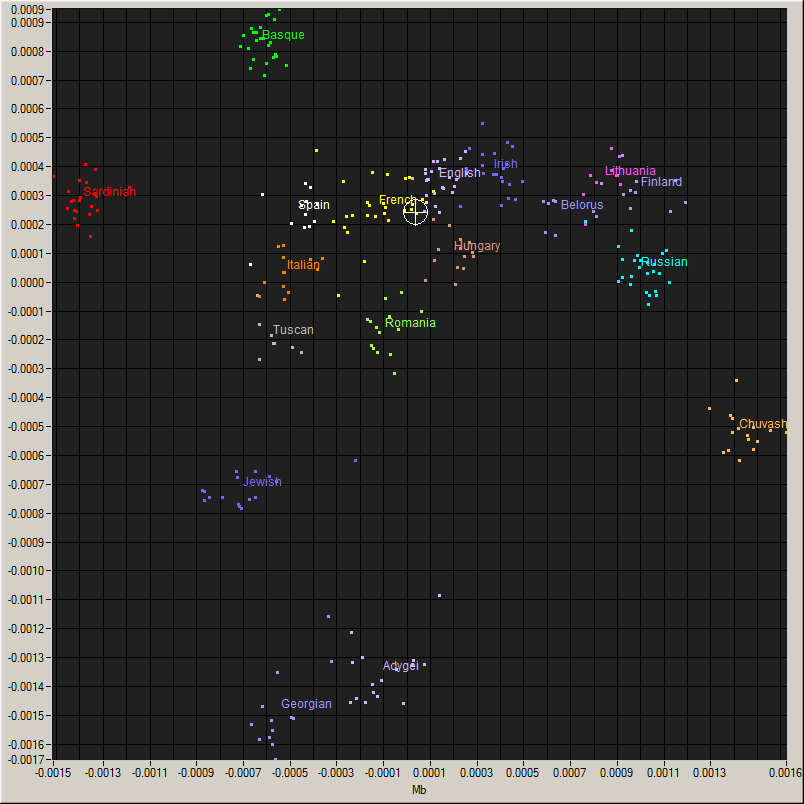 The melty spot between France and England appears to be me. Keeping in mind that this represents the total of my parts and also that the data for Germany is missing. Germany won’t give away it’s genome apparently.
Here is the map version of a similar represntation: 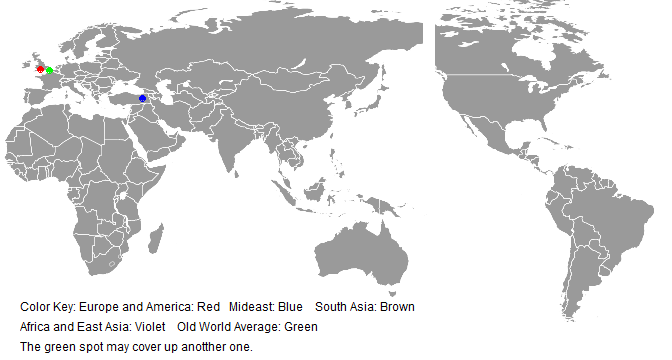 The green dot is me. Right there in the Channel. I asked for some explanation of what I was seeing and Doug said it was English or British with significant input from the continent. That sounds about right.
The final bit of analysis I did was with Dodecad Oracle which does a different analysis along the same lines as Dr. McDonald’s analysis. Here are those results:
DodecadOracle(c(11.7,49.0,26.9,0.2,8.6,1.2,0.6,0,0,1.4,0.4,0),k=30)

Of course my first question is: What is CEU? it turns out it’s white people from Utah. The listing runs from group I’m most like to least. The way I read this, I’m most like white people from Utah..fair enough. Next I’m Northern European..check. Next Argyll, which I’m going to guess is people from Argyll Scotland. Argyll is a bit of a melting pot of Scots, Irish and Norse. That’s probably close enough. Orcadians and Orkney…Orkney is also a melting pot of Scots and Norse, then on down to German and French etc..All reasonable and pretty much in line with what Doug McDonald has to say about me.
That is me and several thousand of my ancestors in a nutshell.