Before we talk about YHRD, I want to point out that, in my experience, YHRD has less English and Irish records than FTDNA, Ysearch and Ybase. I think that YHRD is meant to be a forensic database, not really a genetic genealogy database.

It is sort of helpful to get another perspective on things. If you create a YHRD account you can do up to 20 searches a day. You can choose to view searches that are “close” to you or only those that match. YHRD builds a nice world map with your matches. Their databases are limited by the number of records you use. So if you search on 17 markers, you will be searching on a smaller database than if you used only 7. I chose to do a 7, 9, and 11 loci (markers) search because beyond 11 I have no matches.

Here is a map of the 7 loci search: 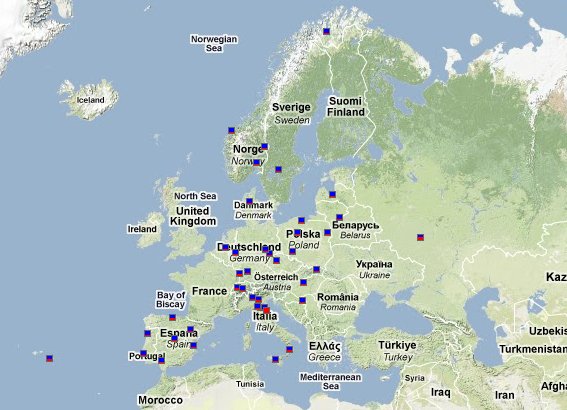 Now I believe that the Red squares indicate a percentage of matches in a given area. So That bright red box in Northern Italy means that, given the 7 loci I entered more people in that area matched than in say Portugal. 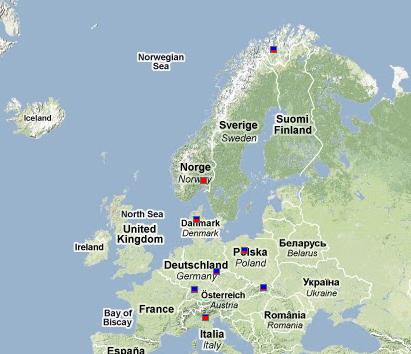 When I enter 9 loci (markers like DYS385a and DYS385b) Many of the locations are gone. Some are still there and still have a high concentration (like that Italian square). Others have all the sudden become more prominent like Southern Norway and Northern Denmark (Jutland). 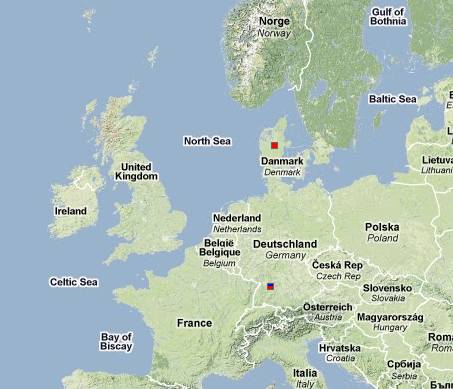 Finally I’ve narrowed it down to 11 loci. Beyond this, I have no exact matches and I have to look at neighboring haplogroups. Like I said above, Ireland, England and Scotland seem to be under-represented in YHRD, but they are also only a small part of Europe. So I’m down to two places, Jutland in Denmark and Southwestern Germany. The Italians have been knocked out of the running and the British are long gone.
What, if anything, do these places have in common and how are they connected to the British Isles..if at all?

Next up…Let’s take these findings and look at what we’ve gotten from ysearch, genetree and ybase again to see where things line up.