After I made my 9 slow markers map, I decided to push it out to 16 FTDNA slow markers to see what pattern would emerge. 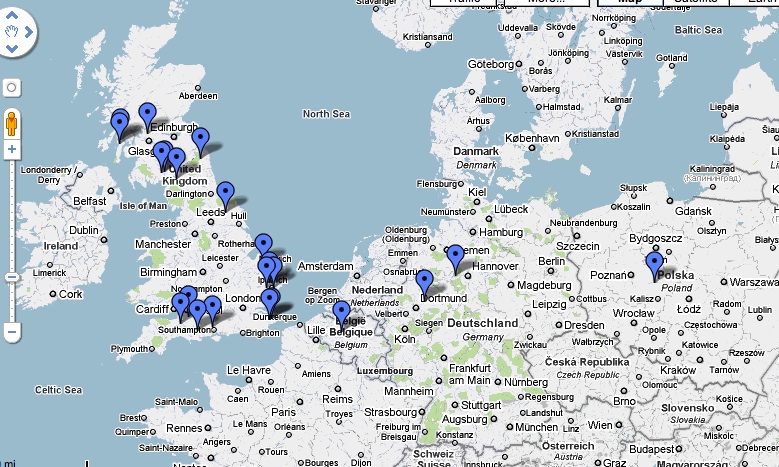 This map takes the person’s word for it unless they didn’t know, then I used house of names, or surnamedb. Also it’s fair to note that there are repeated names in this map which may add weight to certain areas. I put a Dameron in Belgium (where HON wants them) I put one in Ipswitch and one in Suffolk (where they place themselves). I have a Campbell in Argyllshire (their listing) and one in Strathclyde (HON). I have a Knowlton in Kent (their listing) and one in Dorset (Surnamedb and world names profiler puts Knowlton in the Cornwall/Dorset area). I put Steiner in Somerset (HON says Austria which makes sense, Surnamedb says Somerset..either would match my maps). I put Norton in Kent, although it’s also supposedly from Argyllshire and world names profiler has it as most popular in Southern Ireland.

Here is a closeup on Britain: 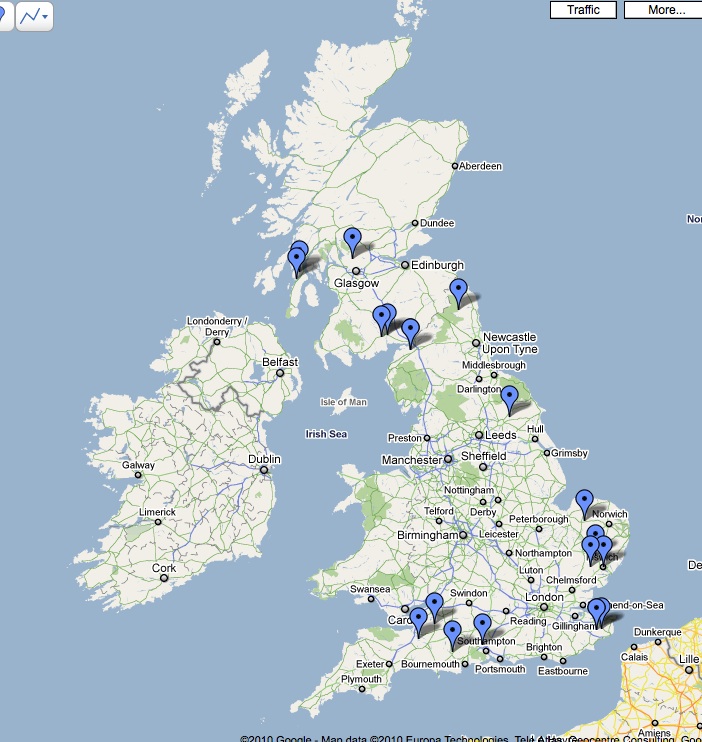