It’s a very quick look at name distribution today. When talking about Thomsons and Thompsons the common knowledge is that the intrusive P is an english name and without is Scottish.  I’ve even seen in other searches Thomson listed as a Celtic Scottish name while Thompson is listed as Western European/Other. Somehow, people are more willing to accept that MacTavish and MacTaus are Thompson but not that Thomson is likely Thompson.

If you speak English…or probably even lowland Scots..try to say Thomson without the p sound sneaking out. The best I can do is Thomzun. It’s hard because moving from the m to another consonant sound puts your mouth in the P position and it just slips out. Lets take an accepted clan name like Cam Biel..or Campbell. Now try to say Cambell. Say bell. Notice it’s a nice B sound. now say cambell..feel the P sneaking in there? If you’re me it also comes out more like Campbull.

So I decided to look at the profiler and see where these Thom(p)sons actually fall. 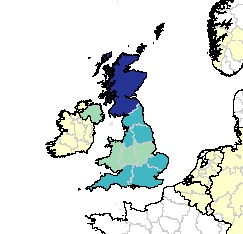 Wow it really does decline at the border of Scotland…but it doesn’t disappear.

Keep your eye on that Scottish Border…here is the Thompson map. 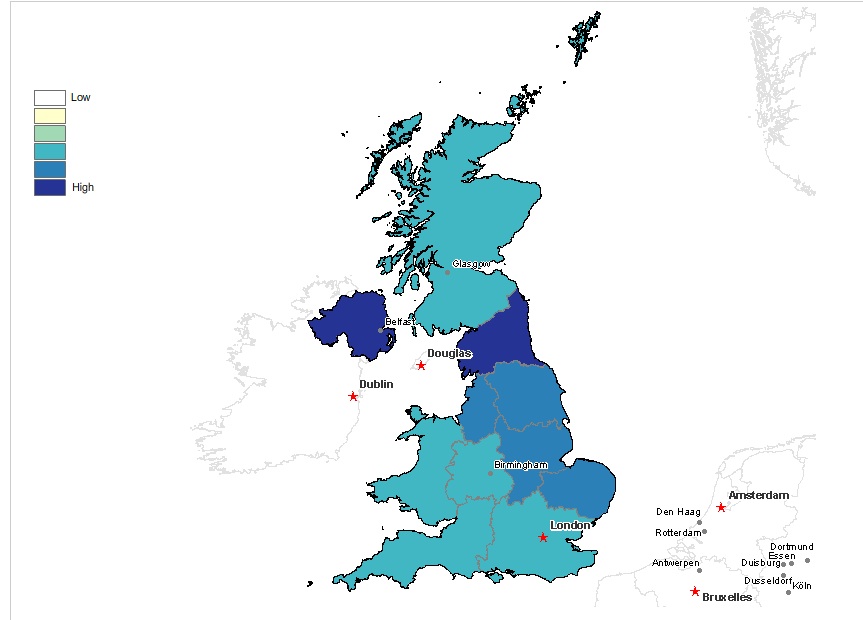 Holy Cow! right across the border is the Thompson homeland!

It seemed like the two names were really just variations of each other, so I made my own combined map with darker colors because of the two names overlapping. 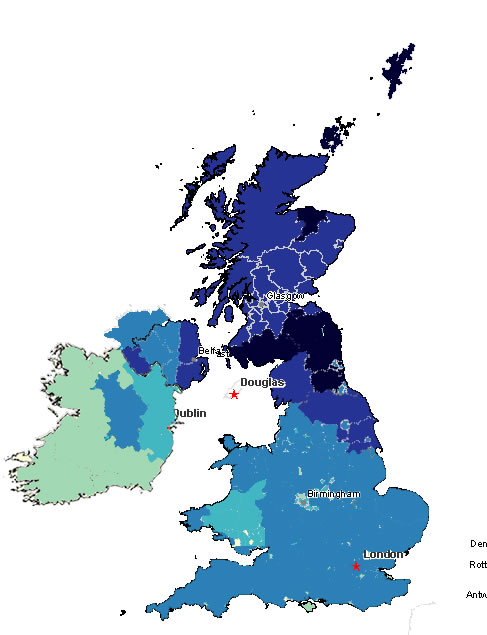 I’m calling this one the Thom(p)son map. The near black parts are where the two names overlapped the most. Colors are adjusted out from there. Britain is pretty awful with Thom(p)sons. Ireland appears to be fairly well infected with them too.

When looking at this map it will help to realize that not all Thom(p)sons are related. The last name is more popular in the north..generally, but it doesn’t mean they are a single family or ethnicity…just that Thomas’s and their sons were more likely to pick a patrilineal  name rather than an occupational name like Baker or Smith.

Once you put these two names back together the political border between England and Scotland becomes irrelevant and you can see that there is a cultural epicenter in the borders area for Thom(p)sons and it seems to push out from there.