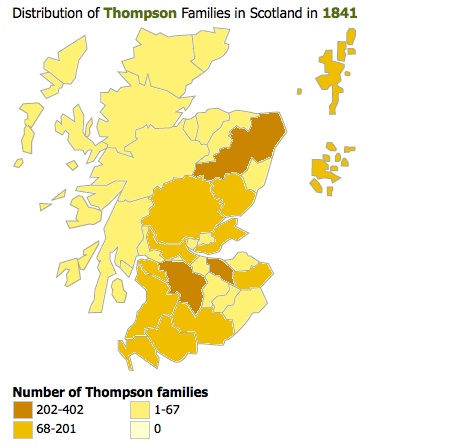 I’ve found that some really general information about England and Scotland has really helped me out. I got these maps from Ancestry.com. Unfortunately they don’t have maps for Distribution in Ireland to compare with. Also unfortunate, the only maps from England are for 1891. You can see the Thompsons here and do your own searches.

With the Thompsons and most Scottish families you see a general massing of people in the lowlands around Lanarkshire over time from 1841 to 1891. My bet is that they are following industry. From reading the history of Scotland this general move seems like a larger trend that goes back to the 1200s. The eastern part of Scotland saw a lot of immigration from and emigration to Belgium and Flanders, France and the Baltics as did South East Britain. 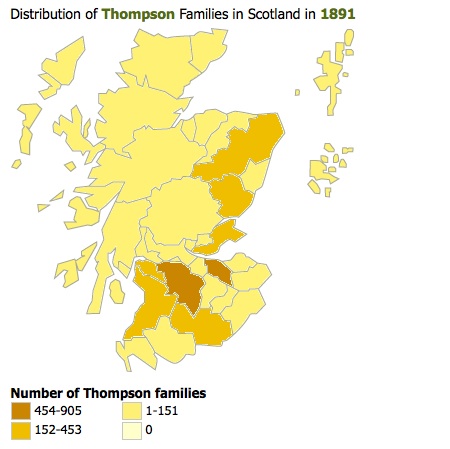 Generally the western Highlands have been more remote, Gaelic speaking and sparsely populated.

The Scottish kings did a lot to integrate their society with business savvy populations from elsewhere and to be a modern melting pot for Europe. Along those lines, English was spoken in Edinburgh but as I’ve read it the Scottish Gaels and Norse Islanders were included in the business of kingdom rather than excluded as Britain had done with Wales and Ireland. Scotland took an integrative approach and even though it borrowed heavily from Norman feudal systems it attempted to maintain it’s traditional clan systems as well. Trying to be as English as they could be without losing their Scottishness.

I think some of that is apparent in the wealth of family and clan names and spellings and the mishmash of DNA haplotypes from different regions. This also plays out in the arena of family names.

For instance both the Sinclair and Frazer clans are actually from France. A MacTavish or MacThomas both more traditional Gaelic names, might choose to be a Thom(p)son depending on what’s acceptable wherever they live at the time.

The history of Scotland with it’s invasions and immigrations and fluid changable borders and almost constant warring with England has helped to make us who we are, even if we don’t know it. 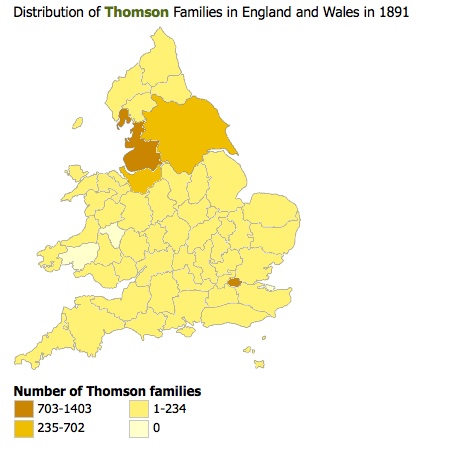 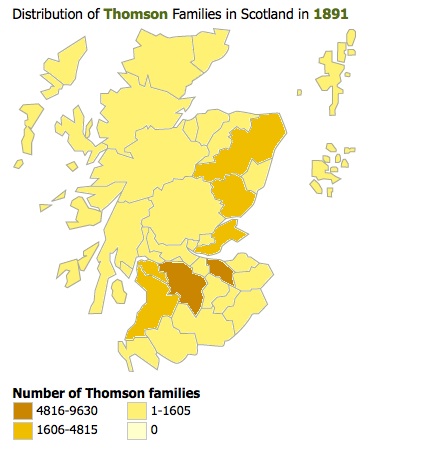